Black America: Canary in the Coal Mine 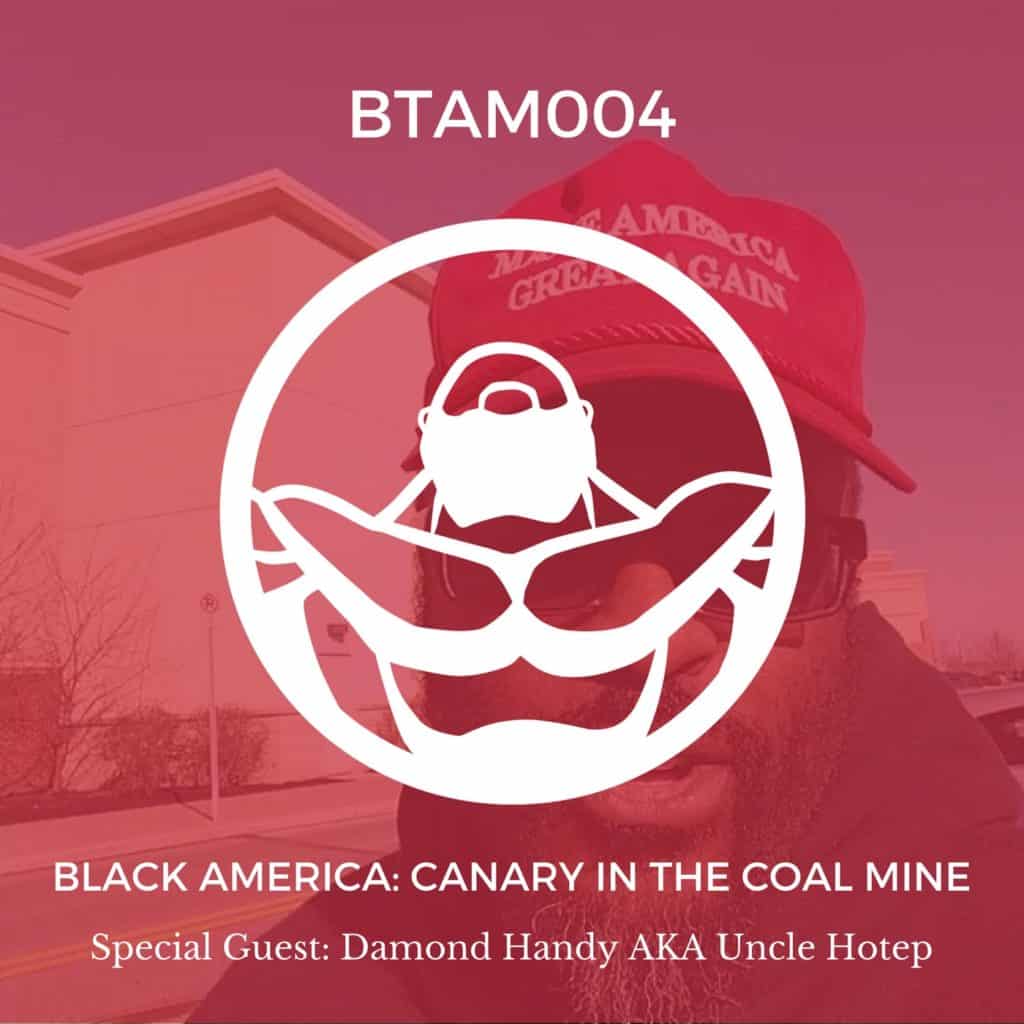 If you enjoyed this episode please leave me a rating/review on iTunes and Stitcher.

To the American Muslim community, and Muslims in the West in general…

You have a responsibility to stand up for justice.

And that doesn’t necessarily entail you blindly following every movement claims to fight for social justice.

It’s been going on a year now, the American Muslim community has been backing Black Lives Matter uncritically, with no care whatsoever for the hidden agenda of the people behind the movement and the people funding it.

When I speak to Muslims online, most of you haven’t even visited the Black Lives Matter website.

You haven’t seen “Herstory” in place of history.

You haven’t seen their stated objectives to promote and normalize LGBTQ in the black community.

You haven’t seen their stated objective of dismantling the nuclear family.

You haven’t seen that the black father is not mentioned on their website even once.

There are so many black voices that oppose BLM categorically.

They ask why BLM is silent about black-on-black crime.

They ask why BLM is silent on developing black businesses and black entrepreneurship.

They don’t want black neighborhoods burnt down by rioters.

They don’t want roads and highways blocked by protesters when they are trying to drive to work so they can earn a living to put food on the table.

Muslims have a duty to think more critically about issues like this and do what’s best for humanity as a whole, as opposed to just serving our own self-interests.

Get the Alpha Muslim Mindset, my free, 5-day email course,
so you won’t be fooled by radical leftists like Black Lives Matter. Click here to subscribe. 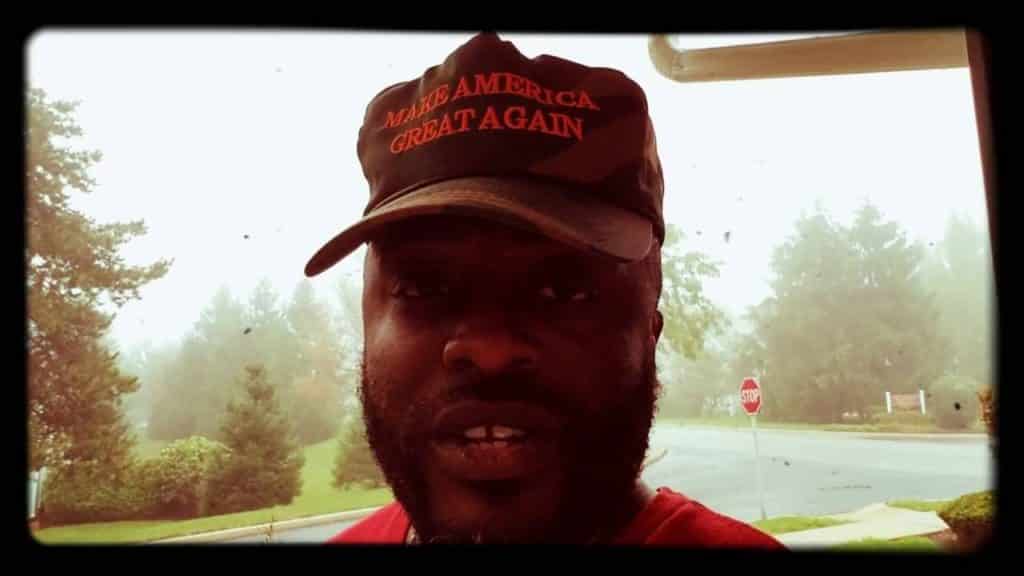 My guest today is Demond Handy AKA Uncle Hotep.

Demond is a podcaster and Youtuber who offers commentary on current affairs relevant to the African American community.

He is one of the most prominent figures in a growing community known as Hotep, which ideologically opposes BLM in its attempt to solve the problems faced by the black community.

He will be appearing in Silenced: Our War on Free Speech, a feature documentary produced by Danger and Play Media, which will be released later this year.

03:35 – What is Hotep? A continuation of the “conscious” community within Black America.

04:50 – Hotep means “peace” but it was used as a derogatory term by BLM activists towards black people who pushed back against BLM’s victimhood narrative.

06:20 – How does Hotep relate to the socially conscious movements of the past like Afrocentrism, the Nation of Islam, the Five Percenters?

07:55 – Hotep is for self-accountability and self-reliance. I quote the Quran in response.

09:10 – Demond believes a lot of the problems in the black community, like black-on-black crime, can be alleviated by improving it from within. He quotes a Denzel Washington character from one of my favorite movies, Training Day.

It takes a wolf to catch a wolf – Alonzo

11:50 – I ask Demond to explain what the deal is with BLM. We have a movement that, on the face of it, seems to be a popular protest against police brutality and extrajudicial killings, but a visit to their website throws up MANY red flags.

19:30 – What’s the connection between Feminism and BLM? Why do they vilify the straight, black male while claiming to advocate on his behalf?

22:50 – Why aren’t Muslims thinking critically about BLM when many Black voices speak out against it?

You ain’t ready to oppose nothing. You are as much a part of this system as any white person gentrifying in this city.

25:30 – You can check out the Hotep Nation website and see for yourself what Hotep stands for. Compare it to what BLM stands for.

26:15 – I ask Demond to explain the extremes of angry black Feminists on the one hand and twerking, slutwalk-types on the other. Where are the modest black women?

29:15 – Demond can’t understand why Muslims would ever associate with BLM, given the movement’s association with Feminism and LGBTQ. He talks about his time in the U.S. Air Force when he was stationed in Riyadh, K.S.A.

I was amazed…when I was in Saudi Arabia, the thing I’ll always remember…when prayer time hit, they closed everything. I was amazing to me…in America, on Sundays, they won’t even go to Church…[you] actually practice what you believe in.

31:00 – When did the Black community, who are generally socially conservative, switch to voting Democrat, and why?

36:30 – Demond talks about the effect that the mainstream media has on fanning the flames of civil discord.

43:00 – The effect of illegal immigration on employment in the Black community.

44:30 – Why are there no Hotep voices in black mainstream media? Why do they need people like me or Mike Cernovich to give them airtime?

48:00 – Who can lay claim to the legacy of Malcolm X and Muhammad Ali? If they were alive today, would they be down with Hotep or BLM?

51:02 – Who are some of the non-Hotep Hoteps aka Hotep adjacent, i.e. Hotep in their thinking but don’t necessarily identify as Hotep?

53:55 – I ask Demond to explain the motivation behind his podcast and Youtube channel.

1:02:50 – We have a laugh about Bill Clinton being the first black president.

1:03:45 – What’s the deal with Shaun King? Why is he still around after being exposed as a fraud?

1:06:05 – What role to black public figures like Jesse Lee Peterson and Sherrif James Clarke play in the discussions taking place in the black community?

Muslim community, please stay away from the liberals. I’m just giving y’all a warning. It’s trickery, don’t fall for it.

Sign up for my FREE 5-day email course, the Alpha Muslim Mindset, so you can be down with Hotep too. Click here to subscribe.
4 comments… add one