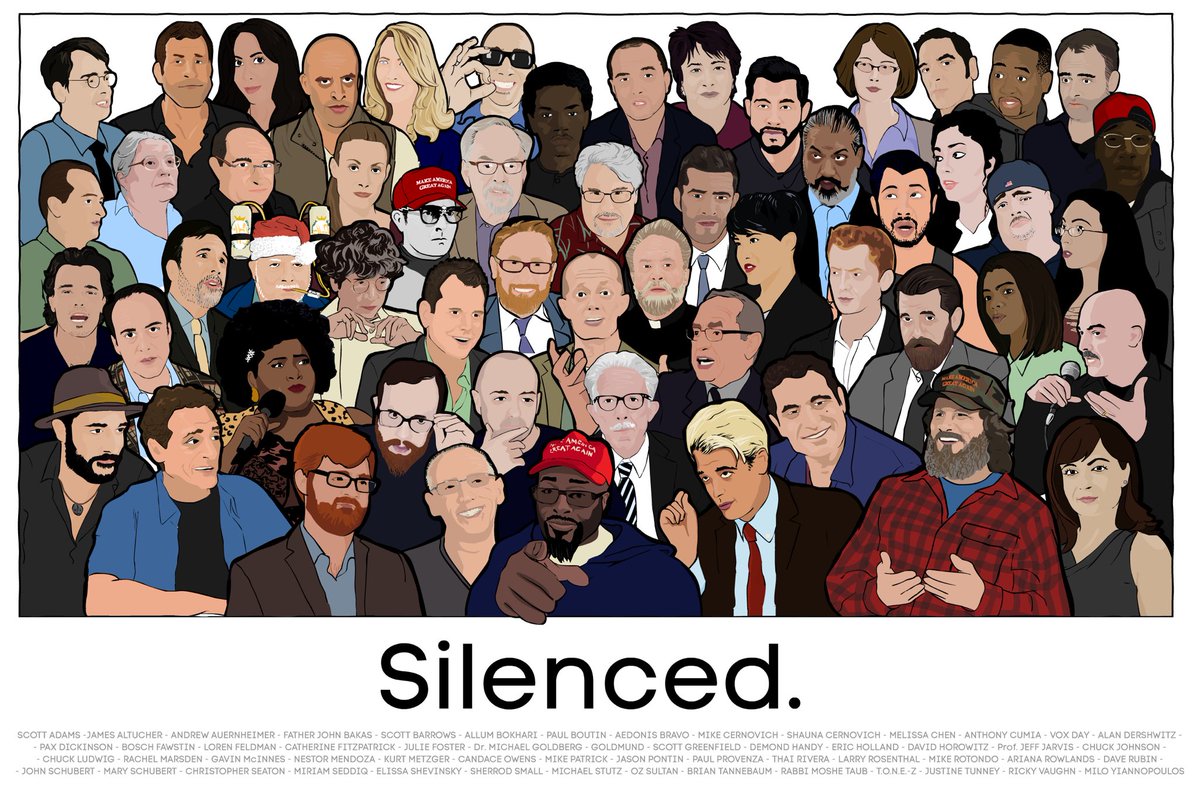 Update: Silenced is now available on iTunes, Amazon and Vimeo

(Note: I’m doing Mike a favor. I don’t make any money off of you watching this film.)

My review begins after the image. 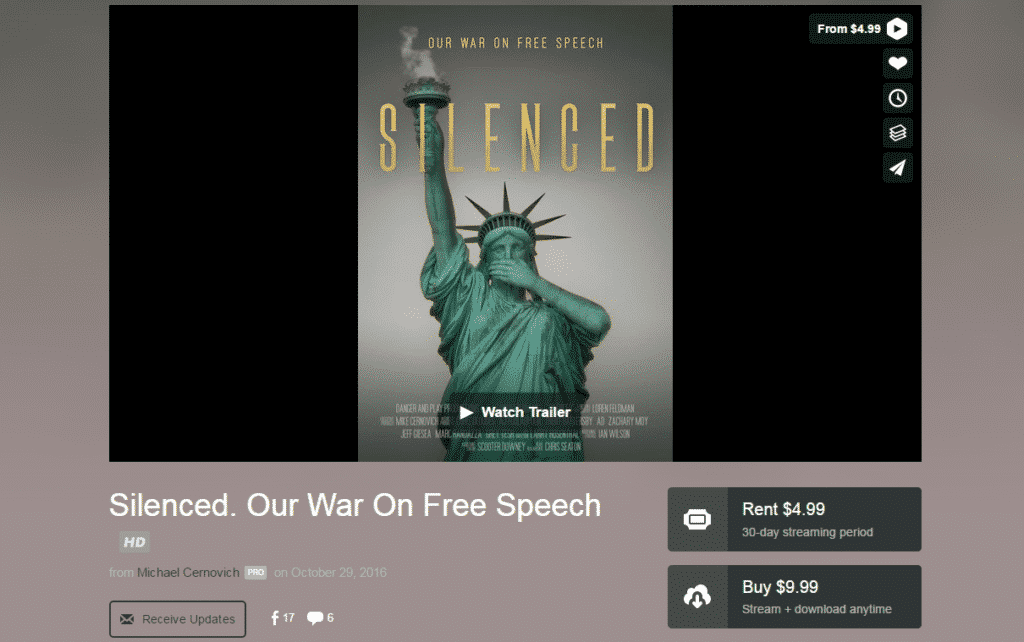 Earlier this year I put some money into a Kickstarter for a documentary on free speech called Silenced produced by Mike Cernovich of Danger and Play Media.

Partly on a whim – at the time, I was not overly concerned with the intent of the film since I do not live in America anymore.

As a regular reader of his flagship website Danger and Play Cernovich has provided me with immense value through his writing, for FREE.

For example, his work was one of the inspirations behind Becoming the Alpha Muslim.

A lot has changed since I funded the Kickstarter.

The most relevant being that a) this website went live and b) I revealed my identity on social media.

Get the Alpha Muslim Minsdet, my FREE 5-day email course, because understanding your religion will make you more resilient to criticism of it. Click here to subscribe. 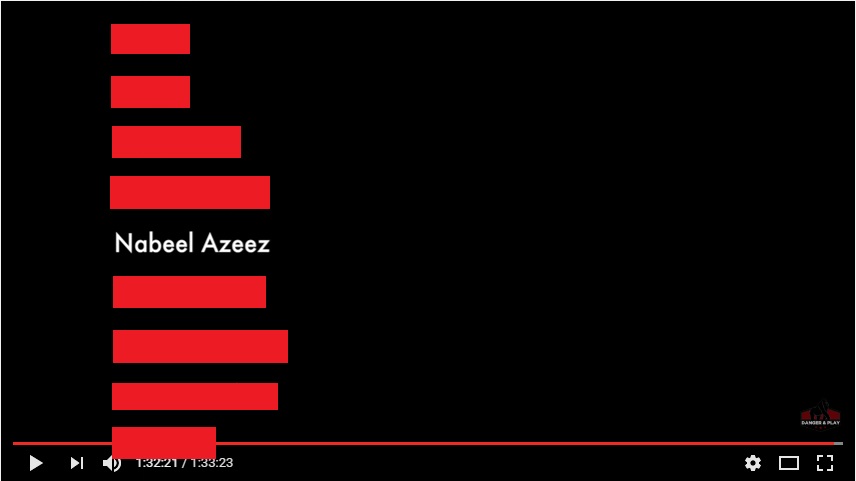 Kickstarter backers were credited in the film.

My Review of Silenced: Our War on Free Speech

Today, I was able to watch the exclusive pre-release copy that was sent to all the Kickstarter backers.

Cernovich and his director Loren Feldman use a documentary interview style to shoot the film.

They speak to 50 people from all walks of life – academics and professionals, private citizens and celebrities, religious and irreligious.

They managed to get some big guns like Alan Dershowitz, James Altucher, and Scott Adams.

I enjoyed the way Feldman got out of the way, by editing out the questions and making the interviewee the focus.

You get the feeling that the interviewees are expressing themselves fully, without any barriers – which is sort of the idea behind the film.

Also interesting is that Cernovich only has a token appearance in the film.

Being heavily invested in the free speech debate I assumed the audience would see more of him.

It’s clear that Cernovich and Feldman wanted to include as many voices and as many different perspectives as possible.

Is There a War on Free Speech?

The First Amendment protects Americans from government infringing on their right to practice their religion and express themselves freely.

Over the past several years-going-on-decades, however, America is dealing with a different problem entirely.

It’s own citizens are engaging in censorship of what is deemed as “offensive” speech.

This censorship is done through public shaming IRL and online.

I say America but really it’s a problem in the West in general.

Every major field of cultural and intellectual human advancement has been affected.

When scientists, doctors and teachers start speaking about censorship and self-censorship in their professions preventing them from doing their jobs to the best of their ability, you know you have a big fracking problem.

I was intrigued by the inclusion of Father John Bakas, a Greek Orthodox Christian priest, and Rabbi Moshe Taub.

They were able to advocate for free speech from a religious paradigm.

All of the Prophets of Allah were sent to their people to call them to Tawheed, Islamic monotheism, to worship Allah alone and not associate any partners with him.

They would also speak out against the injustice in their societies.

These ideas were considered “offensive” at the time.

All Prophets and their followers were persecuted.

The key difference here is that Prophetic speech is focused on upholding and proclaiming the Truth and fighting against oppression.

I was both pleased and disappointed to see Muslims included.

Pleased because they did a good job.

Disappointed because there were only two. 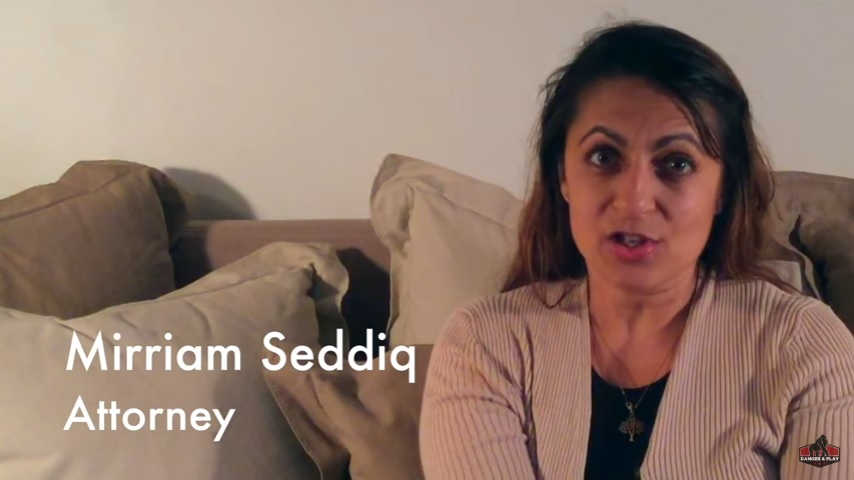 Mirriam Seddiq AKA the Flaming Burka of Justice (my nickname for her,) Afghan-American Criminal Defense Attorney and private law firm haver, spoke about her experience as a first-generation immigrant.

She said the ability to speak freely is something Americans take for granted and needs to be defended. 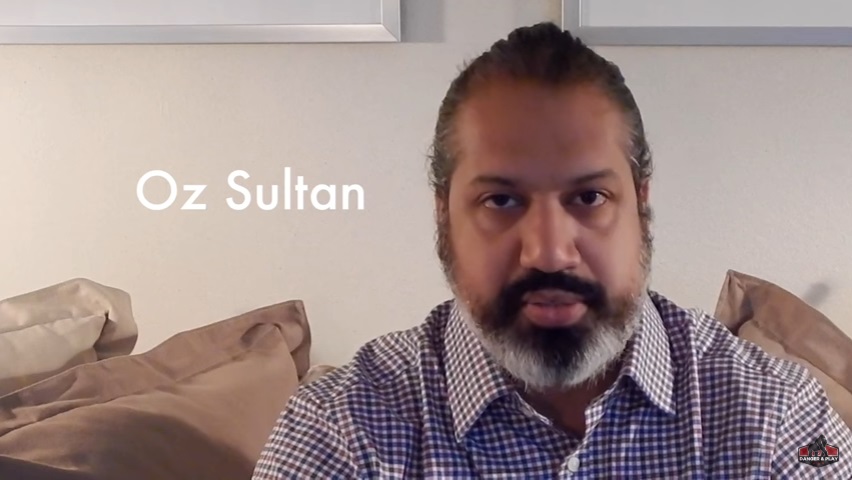 Oz Sultan, a Big Data and Digital Media Strategist, spoke about the threat of self-censorship and the mob shouting down speech they find offensive.

Sultan is no stranger to free speech shenanigans.

He was the social media consultant for the Park51 Islamic Center (the “Ground Zero Mosque”) and handled their Twitter account during the height of the controversy around the project.

How come Cernovich can get Christian and Jewish priests to speak about their faiths in this context but he can’t find an Imam or Islamic scholar willing to speak?

Dave Rubin wants to talk about Islam and the best he can do is the munafiq zindiq Maajid Nawaz?

Joe Rogan wants to talk about Islam and the best he can do is the murtad “atheist Muslim” Ali Rizvi?

Where is the ‘Religious’ Crowd?

There is a gaping hole – barely any Muslims represent the orthodox Islamic position in the ongoing free speech debate.

Becoming the Alpha Muslim is an attempt to do my part but I’m just one guy.

I routinely face criticism from Muslims online for daring to articulate mainstream Islamic teachings without equivocation.

My interview with an ex-ex-Muslim was censored by Huffington Post after ex-Muslims complained because they were offended by the questions I asked.

Why is it so important for us to get involved?

Because we will not be able to communicate the Truth of Islam if we don’t do something.

Instead, what we do have is our scholars and activists getting behind a not just unproductive but destructive movement like Black Lives Matter.

We have ISOCs trying to disrupt guest speakers at universities.

We have persavive Islamic Feminism corrupting our communities.

Many Islamic teachings are offensive to a secular society.

A society of censorship and self-censorship will nullify our ability to call people to Islam.

And we have to call all the people – not just the ones who are nice to us (fake nice, actually.)

Reductio ad absurdum, we could reach a point when the Friday sermon needs to be approved by some government body before the khateeb can deliver it to the congregation.

As an observant Muslim I have moral limits on what I can and cannot say.

For example, it is forbidden for me to mock another’s religion.

And do not insult those they invoke other than Allah, lest they insult Allah in enmity without knowledge. Thus We have made pleasing to every community their deeds. Then to their Lord is their return, and He will inform them about what they used to do.

These religious restrictions are a form of self-censorship.

There is no such thing as unrestricted free speech in Islam.

I would have liked for there to be a deeper discussion on this topic.

Why do we self-censor?

Is holding your tongue to be polite and civil such a bad thing?

Relevant points were only mentioned by Father John Bakas in passing.

I also found the discussion on social consequences for offensive speech a little light.

I think many will agree that outrage culture and victimhood narrative has taken it too far but in response, its opponents have gone to the other extreme in being deliberately offensive.

Should people have the right to say absolutely anything with zero consequences in a civil society?

I didn’t see a compelling argument against it in the film, other than to say societal censorship is a slippery slope.

Personally, I think society was more civil when defending one’s honor was still a custom.

Back then, crossing the line carried the threat of violence.

You are far less likely to be offensive in public if there is a chance you can end up in a duel. 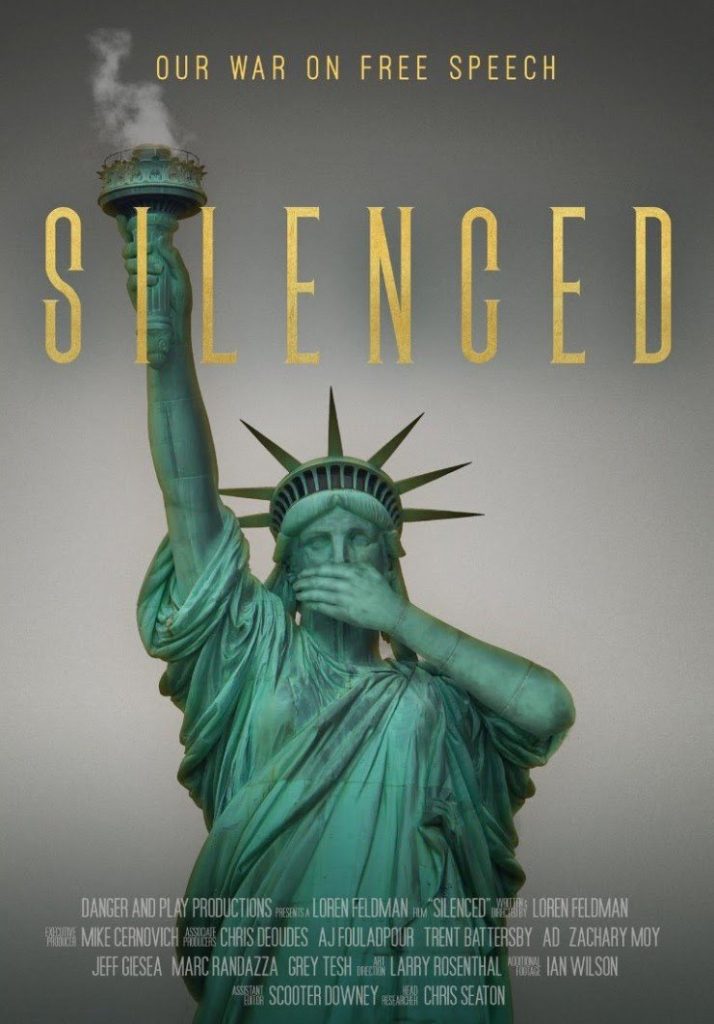 When can you see Silenced?

The release dates are being planned.

It will premiere in theaters in the U.S. and be followed by a digital release.

I might even host a private screening in Dubai when the digital version is available.

Get the Alpha Muslim Mindset, my FREE 5-day email course. Learn to thrive as a Muslim man and revel in your masculinity even if society is doing all it can to castrate you. Click here to subscribe.
0 comments… add one

Previous post: Black America: Canary in the Coal Mine