The Doors of Repentance are Always Open…Until they Aren’t 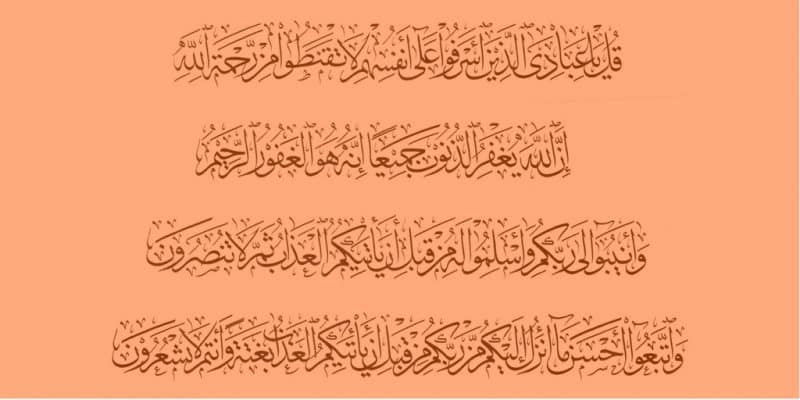 Are you enjoying the podcast? If the answer is yes, could you do me a favor? Please subscribe to the show and leave a rating and review on iTunes because it helps other people find the show and benefit from it also. I’d reall appreciate it. Thanks!

This post was inspired by something I read on Fajr’s blog many years ago. Jazahallahu khaira.

One day we may find ourselves looking back on our lives and realizing that we haven’t truly lived.

That we could have done better.

Should have done better.

That we should have lived a more virtuous and beneficial life.

It is one of the worst regrets a person can feel.

To lay on your deathbed in regret because you weren’t really happy or content with your life, that you didn’t pay attention to your relationship with Allah ‘azza wa jal, that you deprived yourself of the opportunity to experience the sweetness of faith.

This deep regret that overtakes souls at the point of death or after death, is mentioned a number of times in the Quran.

It is a type of regret that is coupled with pain, grief, and sorrow.

A piercing regret that severs and cuts up a person from the inside.

One of the places where Allah mentions this soul-consuming regret is a passage in Surat Az-Zumar.

Before Allah mentions it, however, He warns us. Sternly. Twice.

And turn in repentance to your Lord and submit to Him before the torment comes to you, then you will not be helped.

And follow the best of what was revealed to you from your Lord before the torment comes upon you suddenly while you do not perceive.

The repetition is for emphasis.

To draw our attention. To get us to pay attention.

To what? Allah answers in the very next verse.

Lest a soul should say, ‘Oh [how great is] my regret over what I neglected in regard to Allah and that I was among the mockers.’

Allah warns us twice in succession against becoming these souls of despair and regret. He continues this sorrowful scene,

Or [lest] it say, ‘If only Allah had guided me, I would have been among the righteous.’

Or [lest] it say when it sees the punishment, ‘If only I had another turn so I could be among the doers of good.’

Imagine our souls going through this agony.

These words on our lips.

Regret, pain, grief, and sorrow in the realization that it’s the end of the line.

There’s no turning back. No second chances.

At that point brothers and sisters, IT WILL BE TOO LATE!

The soul is in such a state of desperation that it even tries to blame Allah, saying “if only Allah had guided me!”

But the truth is what the Most High says in the next verse,

But yes, there had come to you My verses, but you denied them and were arrogant, and you were among the disbelievers.

Allah will shut us down if we try to blame him.

Imagine if we are told,

“I blessed you with my greatest blessing, Islam, but you didn’t care for it.

I sent you my Quran in a language you understand, yet you didn’t bother to read it, let alone act on it.

I sent you sign after sign, warning after warning, guidance after guidance, yet you disregarded them all.

I had even commanded the pen to write on the Preserved Tablet, 50,000 years before the creation of the Heavens and the Earth, that you will read a blog post on Becoming the Alpha Muslim…

Decreed that you will hear my verses recited to you, explained to you, my warning conveyed to…

YET YOU STILL DIDN’T LISTEN!”

And on the Day of Resurrection, you will see those who lied about Allah [with] their faces blackened. Is there not in Hell a residence for the arrogant?

As they say, coulda shoulda woulda. 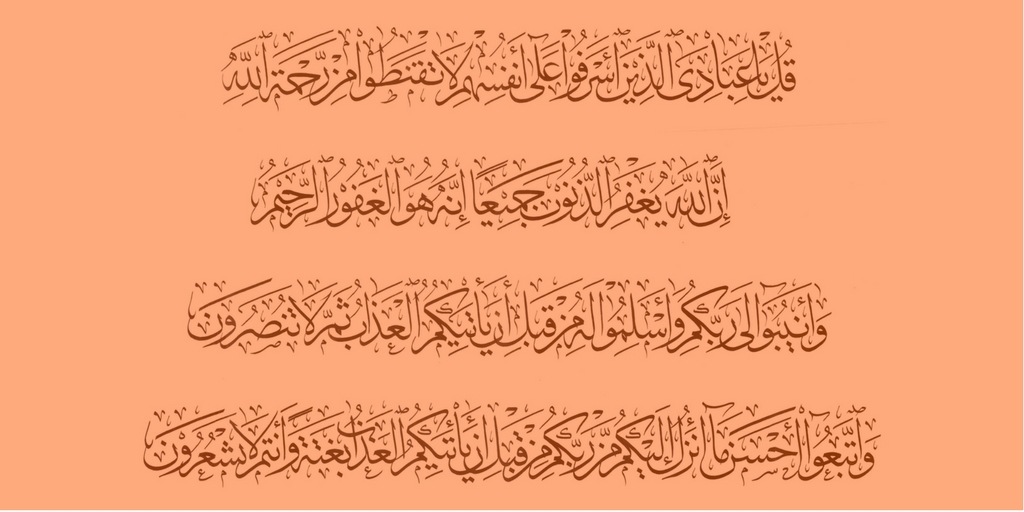 Come, come, whoever you are

It is the way of Allah with regard to revelation, and a recurring theme in the Quran, that He motivates us through hope and fear.

So the passage we discussed earlier is what? It’s tarhib.

Just before it, in the immediately preceding verse actually, is the targhib.

Say, ‘O My servants who have transgressed against themselves [by sinning], do not despair of the mercy of Allah. Indeed, Allah forgives all sins. Indeed, it is He who is the Forgiving, the Merciful.’

This verse is the most hopeful verse in the entire Quran.

Just listening to it makes one feel relaxed and at peace.

This the reality of Allah’s attitude towards us – Forgiveness and Mercy in the infinitude.

However, this forgiveness and mercy are on His terms, not ours.

His forgiveness and mercy are not unconditional; they have a condition.

The condition is that you turn to him in repentance, seeking his forgiveness.

That’s why, immediately after this verse that fills us with hope in our Lord, he mentions the condition and what will happen to us if we don’t fulfill it.

Abu Huraira (may Allah be pleased with him) said,

O slaves of Allah, let us turn back to Allah.

We need Him. He doesn’t need us.

He’s right there waiting for us to come back to Him.

He’s offered us true happiness in this World and eternal bliss in the Hereafter.

Let’s take him up on His offer.

Come, come, whoever you are. Wanderer, worshiper, lover of leaving. It doesn’t matter. Ours is not a caravan of despair. Come, even if you have broken your vows a thousand times. Come, yet again, come, come. – Jalal Ad-Din Al-Rumi

Exalted is your Lord, the Lord of Might, far above that which they ascribe unto Him,

May peace upon all the Messengers,

And all praise belongs to Allah, Lord of all Creation.