Being an Arab Muslim Woman in Trump’s America feat. Nour Goda of the Between Arabs Project 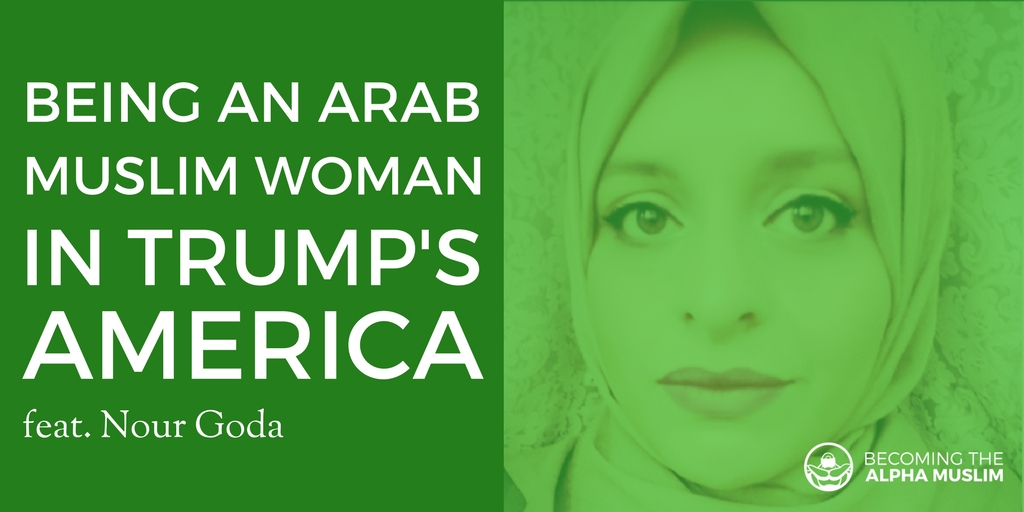 Around 20% of Becoming the Alpha Muslim’s readers are millennial Muslim women.

This is surprising considering my brand is deliberately positioned to dissuade women from reading/listening to my work.

They are some of my most engaged readers and it’s very encouraging whenever I receive their messages of support.

They usually say something like “At first I thought you were bats*** insane but then I actually read your blog posts and listened to your podcasts.”

So, this week’s podcast is especially for them – God bless you, ladies, and thanks for the support.

In this episode of the Becoming the Alpha Muslim podcast I welcome Nour Goda, founder and editor-in-chief of the Between Arabs Project, which is a website and podcast that brings together Arabs of all faiths and Muslims of all ethnicities to discuss social issues that plague our communities.

What I like about Nour’s work and that of her colleagues at the Between Arabs Project, is its ability to take on difficult, polarizing conversations on relevant issues in the Muslim community in a constructive way.

Nour was gracious enough to invite me on her show soon after I launched Becoming the Alpha Muslim, and we recorded one of her best, if not the best, episodes.

So, it’s high time I returned the favor.

At 2 hours and 15 minutes long, this is my longest podcast interview to date, and Nour doesn’t believe people will listen to the entire thing.

I beg to differ.

I highly recommend you take the time to listen to every minute and then leave a comment below when you’re done letting her know what you thought of the episode.

(Remember to listen at 2X speed, it’s much more efficient and you’d be surprised at how fast your brain can process the conversation.)

Get the Alpha Muslim Mindset, my free, 5-day email course for Muslim men

Learn to thrive as a Muslim man and revel in your masculinity, even if society is doing everything it can to castrate you.

Where can you find the Between Arabs Project online?

If you enjoyed the episode…

Please leave me a rating and review on iTunes.

Nour’s challenge to my listeners

She thinks the episode is too long and people won’t listen to all of it.

I think you all will find the discussion super interesting and will listen to every minute.

So, please listen to it all and then leave a comment below telling me what you thought of the episode.

(Pro-tip: listen to the episode at 2x speed. That’s what I did and you can comfortably understand everything that’s said.)

Sign up for my free 5-day email course for Muslim men because it gives you the most powerful Islamic lessons I’ve learned to help you on your own journey of self-improvement.

Previous post: Can you turn your ENTIRE life Around in 90 days? (Self-Improvement Starts Here)