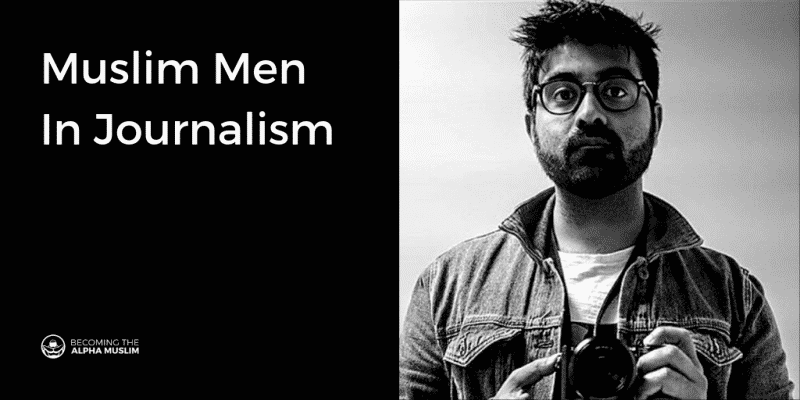 As the internet braces for Hoaxed, Mike Cernovich’s upcoming masterpiece and feature-length documentary on fake news, the question on everyone’s mind is…

Is there any way back for mainstream media?

If the opening theme to the movie is anything to go by, there isn’t.

…And we’re tired of messing around,

We’re tired of losing our feet on the ground,

So tired, we’re taking you down,

And strip you away from that media crown,

Don’t you forget that your ending is near,

And you know, no matter what you say,

Your hoax is on display,

We’re a light in your darkest cave,

And our fire won’t go away,

It will try what’s on your mind,

Why’s the truth so hard to find,

What you’ve given is sick inside.

Because “the People” are finally waking up!

Of course, this is old hat to Muslims, who have been long on the receiving end of “Fake News” about our community and religion.

And never attempt to engage us on an equal footing.

But I’m looking forward, beyond my emotions and beyond my protectiveness over my religion.

The reality is, we’re all in this together…

Muslim and kaafir, conservative and liberal, friend and foe alike…

Against the authoritarian control of the mainstream media and “Big Tech” over what we can think, say, and do.

And that’s why we need more Muslim men in media and journalism.

Because telling lies, even white lies, is a major sin in our religion.

I don’t know of any other community who has a commitment to honesty and integrity like we do.

Do some Muslims lie? Of course they do.

But as a group, Muslims are the most trustworthy people on the face of this Earth.

A Muslim journalist will take his journalistic ethics deathly seriously.

I mean, the tenets of fact-checking, of refraining from slander or libel, of upholding truth and justice…

They’re all in the Quran.

O you who have believed, if there comes to you a disobedient one with information, investigate, lest you harm a people out of ignorance and become, over what you have done, regretful.

O you who have believed, let not a people ridicule [another] people; perhaps they may be better than them; nor let women ridicule [other] women; perhaps they may be better than them. And do not insult one another and do not call each other by [offensive] nicknames. Wretched is the name of disobedience after [one’s] faith. And whoever does not repent – then it is those who are the wrongdoers.

O you who have believed, avoid much [negative] assumption. Indeed, some assumption is sin. And do not spy or backbite each other. Would one of you like to eat the flesh of his brother when dead? You would detest it. And fear Allah ; indeed, Allah is Accepting of repentance and Merciful.

O you who have believed, be persistently standing firm in justice, witnesses for Allah, even if it be against yourselves or parents and relatives. Whether one is rich or poor, Allah is more worthy of both. So follow not [personal] inclination, lest you not be just. And if you distort [your testimony] or refuse [to give it], then indeed Allah is ever, with what you do, Acquainted.

Because Men are far less likely to be corrupted by the degeneracy of the society around them since, as a group, they possess lower Openness and Agreeableness (2 of the Big 5 personality traits) than women do.

Just look at who in our community has succumbed to the “progressive virus”:

Who are the loudest Muslim voices promoting feminism, homosexuality, licentiousness, abortion, the degradation of the traditional family and of gender roles, and other degenerate, anti-social ideas?

It’s our women. Prove me wrong.

Because politics is downstream from culture, and the media we consume today will be the reality in our society a decade from now.

Are we going to stand around and watch the world burn?

Or are we going to save people from a life of worshiping themselves and their hedonism?

You are the best nation produced [as an example] for mankind. You enjoin what is right and forbid what is wrong and believe in Allah . If only the People of the Scripture had believed, it would have been better for them. Among them are believers, but most of them are defiantly disobedient.

Hussein Kesvani – Muslim Journalist (no, he hasn’t brought shame on his family by not becoming a doctor)

Late last year, I had the chance to sit down to talk to Hussein Kesvani about his work as a Muslim journalist.

A lot happened between then and now that led to me not publishing this podcast episode soon after I recorded it.

I figure now’s as good a time as any.

Hussein Kesvani is the UK/Europe editor for Mel Magazine, a publication ostensibly about men and masculinity (though I would argue it’s perpetuating modern degeneracy and promoting men being Soyboys.)

This is most certainly a black mark against Hussein, who is otherwise a fine gentleman and an accomplished, non-hacky journalist.

He’s also written for Buzzfeed, Vice, The Independent, The Guardian, The New Statesman, The Shortlist, and Refinery29.

He’s a co-host of the No Country For Brown Men Podcast and also the Trash Future podcast.

Here’s what we talked about during our short chat: