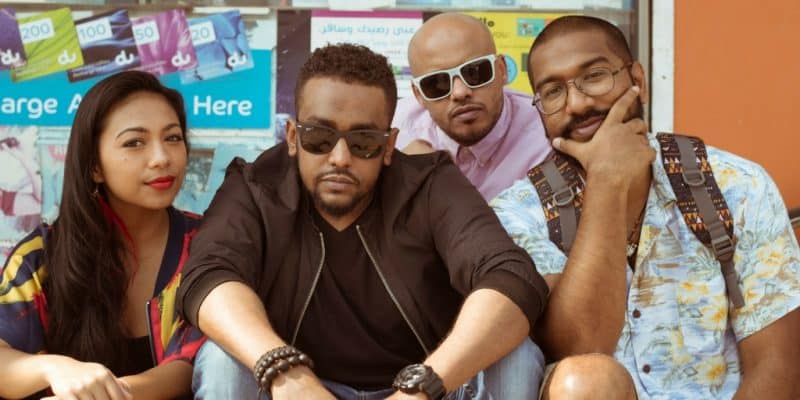 Episode 1 of the BTAM podcast. My interview with two of the founders of the Dukkan Show podcast, Irshad Azeez (my brother) and Feras Ibrahim. This was on their show.

We ended up doing a series of four episodes together. We talked about prepping for Ramadan and a bunch of other things. Some of the discussion didn’t make it into the final cut.

It was quality material nonetheless, so I asked them to put it together for me. That’s what you’ll be hearing in this episode.

We talk about my work as a copywriter, meeting interesting people on Twitter, why and how regular Muslims follow Islamic scholars, the nature of God’s essence and attributes, and finally, the purpose behind Becoming the Alpha Muslim.

02:00 – How I met Mirriam Seddiq on Twitter and was a guest on her podcast Not Guilty No Way. through following Mike Cernovich.

03:15 – I talk about how I ended up studying Donald Trump’s persuasion and using what I learned to write an article about persuasive copywriting after coming across Scott Adams’s blog. Again, because I follow Mike Cernovich.

05:20 – I break down the persuasive copywriting article, why it was so successful, and how to go about creating high-value content that your audience loves to read and share.

08:55 – We get into the show proper and talk about the importance of being aware of your spiritual state and doing things to elevate it rather than debase it.

09:20 – How music affects your spiritual state.

12:14 – Every Muslim has a moral and ethical obligation to do what they believe is pleasing to God, within the bounds of the Shariah.

16:25 – The moral and ethical obligation on lay-Muslims to follow Islamic scholars.

17:10 – “God is Love” and other creedal misconceptions. Overemphasizing one of God’s attributes to the exclusion of others (e.g. His Mercy) limits his Transcendence and Perfection.

20:15 – The virtue of the Arabic language is Divine in origin. An a-fortiori proof for Muslims.

22:22 – HOW the lay-Muslim goes about following Islamic scholars. Do we follow them blindly? A plain-English explanation of Taqleed that clarifies a lot of misconceptions.

24:28 – The ‘ijtihad’ of the layman – seeking out the best available scholar.

26:08 – We can never know what is in a scholar’s heart, but hypocrisy will always manifest.

28:38 – We talk about Becoming the Alpha Muslim. What’s with the name?

31:30 – My personal experience as someone who matured late in life. The importance of the father figure and his male energy.

32:16 – Islam nips the ‘gender wars’ in the bud through the prescriptions of the Shariah on gender dynamics.

33:45 – Muslims today are in a weak intellectual position and are consumers of ideas, not producers. Muslim men are consuming the emasculating ideas of Feminism and progressivism uncritically.

34:40 – Who is the target audience for Becoming the Alpha Muslim?

36:05 – Hipsters are rocking the Sunnah beards and pants.

39:00 – Feminists have broken the social contract between men and women, and men are just now waking up.

41:10 – Why the Islamic obligation on men to lower their gaze, and not look at women who aren’t immediate family, gives us mastery over our surroundings and over women.

Learn how to think like a Muslim with the Alpha Muslim Mindset, my FREE 5-day email course. Get the 5 most important lessons I’ve learned over a decade of studying and implementing Islam. Click here to subscribe.

In Khaleeji (Gulf Arab) culture, the Dukkan is the spot where neighborhood man dem gather and chill.

They buy snacks, drink tea, and talk. About everything.

Dukkan Show tries to replicate that vibe with their podcast.

The show was founded by Irshad Azeez, Feras Ibrahim, and Omar Tom.

They recently added Reem Hameed to the team.

They come from widely varying backgrounds and are all third culture kids.

Next post: To Hell and Back: Interview with an Ex-Ex-Muslim