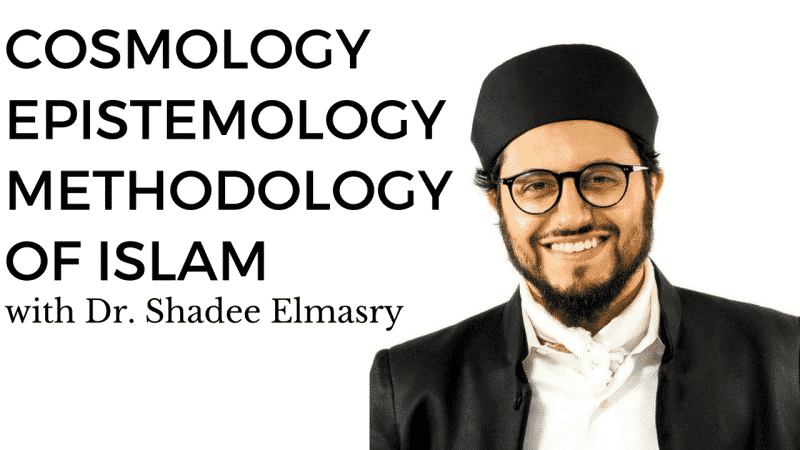 If you enjoyed this episode please leave me a rating/review on iTunes and Stitcher.

What if I told you that you can get six-pack abs by going on a diet of Zamzam water?

Do you pray two units whenever you are facing a difficult situation?

When something bad happens to you is your first reaction repentance and seeking forgiveness?

When you are happy about something in your life do you prostrate in gratitude?

When you are ill, is your first remedy to recite Al-Fatiha over a glass of water and drink it?

Do we treat Allah like he is a deity? Like He is the Creator, Lord, and Master of everything that exists?

We say we do. We may even believe it.

I remember giving a Friday sermon last year – I spent the entire khutbah explaining the meaning of the word “Allah” and by extension, “La ilaha illa Allah.”

After the sermon, several people came to me expressing how they have been saying “La ilaha illa Allah” all their lives, but no one had actually explained to them what it actually means.

The crux of my sermon was that understanding what “La ilaha illa Allah” means necessitates action.

Before you can act, though, you need knowledge.

“So know, [O Muhammad], that there is no deity except Allah…”

To KNOW Him, there’s just no getting around learning Islamic creed (Aqidah.)

These days, though, Aqidah has become a curse word. Several celebrity preachers have rubbished its study in lieu of focusing on other subjects of lesser importance.

I would say that all of the problems Muslims in the West face today can be attributed to ignorance in Islamic creed.

It was narrated that Jundub bin ‘Abdullah (may Allah be pleased with him) said:

That sounds like the exact opposite of what the celebrity preachers have been telling us for the past couple of years!

I don’t know about you, but I’d rather do it the Sahaba’s way. May Allah be pleased with them all.

Get the Alpha Muslim Mindset, my FREE 5-day email course, because you’ll understand some of the most important fundamentals in Islamic Creed. Click here to subscribe.

He has been studying the Islamic Sacred Tradition since he was 18 AND he has a PhD from the University of London.

He is currently the Scholar in Residence and Director of Education and Community Affairs at the New Brunswick Islamic Center in New Jersey.

He is also the founder and head of Safina Society – an institution dedicated to the cause of traditional Islamic education in the West.

I invited Dr. Shadee on the podcast because in the time I have known him I have seen him consistently champion mainstream Islamic creed in the face of popular opposition.

For example, his stance on The Study Quran.

He also has a novel way of explaining Islamic creed which makes it easy for contemporary Muslims to understand and apply it in their lives.

You can follow Dr. Shadee on Twitter and Facebook. And if you are ever in New Jersey, I would recommend dropping by the New Brunswick Islamic Center to say hello.

03:20 Why has Islamic Aqidah (Creed) become a bad word among Muslims in the West?

07:40 The three-part foundation to understanding Islam

12:33 Cosmology is where believers split with atheists.

13:45 Epistemology is where mainstream Muslims (Sunni Muslims in general) split from the deviant sects in Islam and all other religions.

23:43 What happens when someone who claims to be Muslim denies one of the axiomatic tenets of Islam? Those things that are necessarily known as part of the faith. (Arabic – ma’lum min ad-din bi ‘dh-dharurah)

24:45 Dr. Shadee goes off on Big Dawah. the Dawah establishment. (I’ve seen this term used formally once before; I think we should make it stick.)

27:30 Dawah is a failed enterprise if it’s not grounded in knowledge.

28:35 I comment on how Dr. Shadee’s strategy of sticking to the masjid and using the internet and social media to spread knowledge is the safest bet.

31:47 Dr. Shadee gives the example of Sheikh Murabit Al-Hajj, who lives in a Mauritanian desert camp while his students travel from all over the World to live and study with him.

32:56 I mention one of the fundamental maxims of Islamic law – avoidance of harm takes precedence over seeking benefit.

34:42 Dr. Shadee tries to stay as financially independent as possible because the guy who writes your check owns you.

37:05 Stand by your principles and people will respect you.

41:40 The fake unity of politically correct Islam, and the selfishness of Muslims who don’t unequivocally make the Truth clear.

45:10 How to know who to spend your time with: ask yourself “would I trade my Book of Deeds with that person on Judgement Day?”

48:15 A personal development principle that’s relevant to Dawah. Fall in love with the process, not the results.

49:40 The differences between Grassroots Dawah (in the masjid) and Big Dawah.

50:20 Doing what’s best for your audience – the Web Analytics and Bounce Rate Analogy.

51:30 Identifying the true metrics of success as opposed to vanity metrics.

53:40 Allah asks Ibrahim to call all the people of the World to Hajj and He will make sure the message is conveyed.

57:05 How should Muslims go about gaining the understanding of the fundamentals – cosmology, epistemology, methodology.

1:02:42 How should a beginner student approach studying Aqidah?

1:07:40 The importance of studying the history of the transmission of the Quran and Hadith – the need of the time.

1:13:07 Why are we being negative and sounding off these alarms?

1:16:30 The fasiq (sinful) Muslims of the past had a better Aqidah than some of the Muslim academics today.

1:18:00 The Muslim community can sometimes be more dangerous to a Muslim’s faith than any non-Muslim.

1:19:45 My concern over my daughters reading and being brainwashed by deviant websites like Muslim Girl, Tempest, and Altmuslimah.

1:22:30 The importance of the student guarding his humility.

1:23:00 Why does Dr. Shadee refrain from speaking about politics? Is that on purpose?

1:24:50 What sort of classes does Safina Society offer?

1:28:40 Segregation of the sexes is a feature of all traditional societies. The longest-surviving, most successful societies separate genders and mix ages – modern Western society does the opposite.

1:30:24 How do people enroll in Safina Society classes? Do they have online classes?

1:32:50 To close out the show I ask Dr. Shadee to give Becoming the Alpha Muslim readers his #1 piece of advice.

You should also read:

Get the Alpha Muslim Mindset, my FREE 5-day email course, because you’ll understand the importance of studying Islamic creed. Click here to subscribe.
0 comments… add one

Previous post: Becoming Human: The Self, The Soul, And Fasting