Boys in the Cave or BOYS CAVING IN? 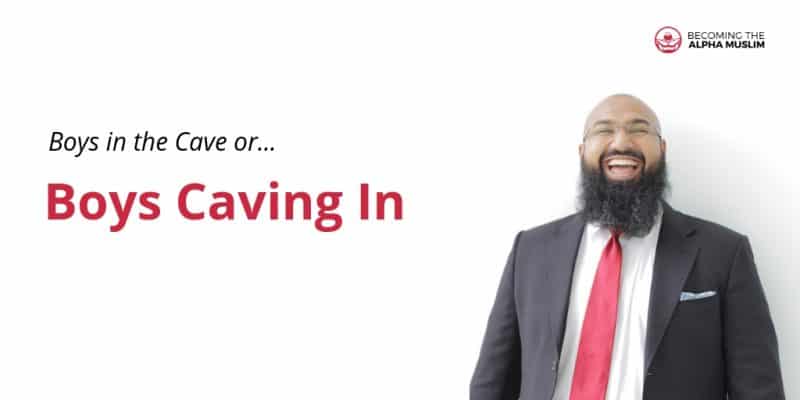 Recently the brothers over at the Boys In The Cave podcast invited me on their show. Took them 6 weeks but the episode was eventually published.

It was probably one of the most in-depth, detailed, high quality inteviews I’ve given on the topic of Masculinity and gender dynamics in the Muslim community.

They announced the interview, and we even published teaser clips to generate buzz, before going live.

The episode was published, and I helped them promote it across my social media channels. The hosts of the show were happy with how the interview turned out, and the episode got excellent feedback from listeners.

Everything was moving along nicely. Until this happened.

This statement was accompanied by DMs from the hosts explaining their decision. They seemed genuinely sorry about it. And I don’t blame them for taking this route.

They have to protect their brand, after all.

But I’ma let you in on something. I was expecting this from day 1. Back when they first reached out to me. Long before we even recorded the interview.

That’s why, when they announced the episode, I reached out to some mutual friends of ours (who are their mentors.)

I won’t share exactly what the Boys in the Cave hosts said to me in their message, out of courtesy to them. However, I will share what I said, since they are my own words.

Anyway, Boys In The Cave asked me not to re-publish the episode.

You need a thick skin if you want to last in this Game. The normies in the online Muslim community don’t understand concepts like creative freedom and freedom of association.

You “give in” to the mob once, you’ll be giving in to them forever. And if you’re serious about growing your platform, you don’t have the time or energy to spend on these sheep.

Sheep who’ve never created a thing in their lives, but think their criticisms and opinions matter. Sheep who think de-platforming people they disagree with is an actual achievement.

This goes for the men and women. For example, I’m far more sympathetic to artists like Dina Tokio than her so-called “religious” Muslim critics.

By republishing this interview, it’s my hope that the hosts of Boys In The Cave learn an important lesson. One that will help them be successful content creators for decades. As opposed to being active for a year or two, then losing steam and falling off the map.

Most importantly, if you want to have any credibility with people…

Here’s my interview on Boys In The Cave, unedited and in full. Enjoy!

Update: The “incident” was discussed on #MadMondays by the Mad Mamluks

SIM and Mahin were joined by Fahim Faruk of Focus-180 and Tareq Tamer (@ibnabitareq on Twitter.)

An interesting stream overall. All sides were fair and balanced. And it added context to the wider discussion.

Well worth the listen.