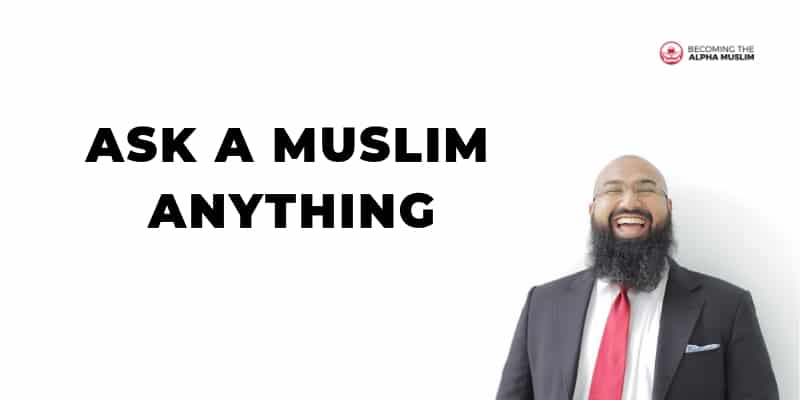 A few years ago I was interviewed by Mike Cernovich for his Youtube channel. This is the recording of that interview. Mike and I answered questions from our Twitter followers and then we took calls from listeners.

Time-stamps for all questions and answers:

[03:38] What do you think about protests against Shariah Law in U.S., U.K., and other Western nations? [06:10] Why don’t more Muslims condemn terrorist attacks by extremist Muslims? [11:10] When will the Islamic flag fly over Londonistan? [12:40] Why do some Muslims hate Saudi Arabia? [16:50] Why do we need any Muslims at all in the U.S.A.? [17:34] Why do you think Muslims are better off living in Muslim countries? [19:00] In what way do you think a Muslim and a non-Muslim have completely different world views? [21:48] Would it be fair to say that if millions of Muslims move into Europe, they will want to have a Muslim nation? [24:30] Is Islam a patriarchal religion? [26:05] Why do some people say, “there’s no such thing as moderate Islam?” [27:58] Do Islam and trrrism go together? [30:40] Are you doing Taqiyya? [33:30] What conversations do we need more of between Muslims and non-Muslims? [37:10] What are some of the causes of radical Islamic trrrism? [43:40] What is Shariah Law? Are you pro-Shariah Law? What’s your take on female genital mutilation? [49:27] Why do Muslims hate dogs? [51:00] What are the top two misunderstandings held by Americans about Muslims? [51:35] What is a Caliphate and how does it differ from Shariah Law? [55:15] You and Tommy Robinson were supposed to have a debate. What happened to that? [1:05:35] Did Prophet Muhammad marry a child bride? [1:08:50] Is it appropriate to ever criticize Prophet Muhammad? What happens when a Muslim herself criticizes Prophet Muhammad? [1:10:35] You said that Muslims don’t worship Prophet Muhammad, and also that it’s not allowed to criticize Muhammad. Why the discrepancy? [1:12:20] Why are ex-Muslims afraid to come out as ex-Muslims? [1:14:30] When a Muslim couple divorce, is the man automatically given custody of the children? [1:15:30] Is the way women are treated in the Muslim world a matter of religion or a a matter of culture? [1:18:15] Is marital rp allowed in Islam? [1:20:00] Is it allowed for adult Muslim men to marry 9 year old girls in the current year? [1:22:55] What are the equivalent of the Ten Commandments in Shariah Law? [1:24:20] Why do Muslims cause violence and mayhem when non-Muslims draw cartoons of Muhammad? [1:27:00] What is Wahhabism? What should non-Muslims know about the different Muslim sects in Islam? [1:29:30] Does the presence of Wahhabi Muslim imams in non-Muslim countries increase the risk of Muslims becoming radicalized and increase the risk of trrrist attacks? [1:33:35] Why is it that in every country with a large Muslim population, there is trrrism? [1:35:30] Has the Quran been preserved in its original form since the time of Prophet Muhammad? [1:38:30] What authority do Hadith have in Islam? How are Hadith used to interpret Islam? [1:42:00] Why was the motivation for Prophet Muhammad attacking the non-Muslim Arabs after he moved from Makkah to Medina? [1:45:38] Do verses in the Quran that mention violence against disbelievers apply to a specific time in history, or do they apply in general to all Muslims for all times? [1:48:35] When Aisha was married to Prophet Muhammad, did she have any ability to consent to the marriage? [1:52:40] When princess Safiyyah married Prophet Muhammad after her tribe had been defeated at the battle of Khaybar, did she consent to the marriage? [2:02:00] If Islam is so perfect, why has it failed to protect any God-given, unalienable rights in Muslim countries? [2:13:00] How much tolerance should non-Muslims have to Muslims when Muslims treat non-Muslims with bigotry? [2:15:30] How should Muslims live together with non-Muslims when there are “No-go Zones” in Muslim communities where non-Muslims aren’t safe to be in? [2:21:45] Nabeel, do you disavow Muhammad? [2:28:40] How prevalent is homosexuality in Muslim societies? [2:29:50] How do you feel about Jews? Do you believe the Holocaust happened? [2:38:00] How should non-Muslims deal with the demographic replacement in their countries? [2:39:00] Are Islam, Judaism, and Christianity all “Abrahamic faiths”? [2:41:00] How much of Muslim behavior and religious practice is Arab culture?
0 comments… add one

Next post: God, Reveal To Us The Truth As True… #HoaxedMovie By @Cernovich